Home/Uncategorized/The Rory Stewart blog – will he make it to no.10?
Previous Next

I have been watching very closely the coverage of these Tory hopefuls/contenders to be our next PM and Tory leader. I think most of the candidates in this election are either just too much seen as part of the establishment or politically ambitious for their own interests to become our next PM. Where I agree with Rory Stewart MP is when he offers getting out and about to meet people about Brexit and other important issues to gain their opinions and knowledge. Also his intention to practically lock-up his Tory party members over the summer recess in Parliament shows some common sense and a determination to get Brexit and other issues resolved and over the line.

I believe the keys to no. 10 are gradually starting to slip away from the Tories but this is also the case I believe with the Labour party. The future of politics, if the UK wills it, would be the end of two party politics. Different political parties need to exchange dialogue if the Brexit dream is ever to materialise. As for Boris Johnson, due legal process needs to carry on with him but I think he is too damaged politically, and I think he only really cares about himself.

I do believe that a General Election or a People’s vote should take place.

Many thanks to you all for reading my political opinion on these issues. 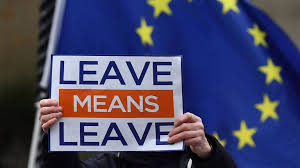