My personal viewpoint on “How to be happy with the Speakman’s” tour at Guildford.

Home/Uncategorized/My personal viewpoint on “How to be happy with the Speakman’s” tour at Guildford.
Previous Next

My personal viewpoint on “How to be happy with the Speakman’s” tour at Guildford. 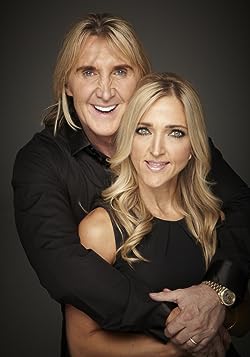 I have to confess I had never heard of the Speakman’s before watching this particular show. I just happened to receive a random email from ITV that mentioned it. I was intrigued, and so me and my other half went to Guildford which was the last date of their tour. Sadly the show was nowhere near my home and it took a lot of effort, in particular with my being in a wheelchair, to attend but I was glad I got there in the end, it was just superb.

The  Speakman’s used a live spider (a type of tarantula) in a glass case trying to get a man used to spiders. This gentleman’s dad had accidentally helped him sadly to become scared stiff of spiders, but by the end they got this gentleman to be able to hold the spider in his hand. Later they got a woman who didn’t like lots of things about herself, very low esteem, to look at herself in the mirror in a much more positive way. The Speakman’s did their kind of ‘magic’ by getting the participating audience members to see things more clearly and less negatively.

They gave lots of helpful tips, and guidance, and information so that people could help themselves be happier. The programme had much of what they had to say written down so people could take the advice away and remember it better.

I can see now quite clearly why the Speakman’s are so well regarded in society and in their profession. I would like to have been personally helped by them if circumstances had been different. I would recommend this show and give it a 9/10 rating. Unfortunately with my MS increasing daily it makes increasing my happiness immensely more difficult.